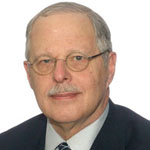 David Novak holds the J. Richard and Dorothy Shiff Chair of Jewish Studies as Professor of the Study of Religion and Professor of Philosophy at the University of Toronto since 1997. He is a member of University College, the Centre for Ethics, of the Joint Centre for Bioethics there. From 1997 to 2002 he also was Director of the Jewish Studies Programme. In 2006 he received the Dean’s Award for Excellence. From 1989 to 1997 he was the Edgar M. Bronfman Professor of Modern Judaic Studies at the University of Virginia. Previously he taught at Oklahoma City University, Old Dominion University, the New School for Social Research, the Jewish Theological Seminary of America, and Baruch College of the City University of New York. From 1966 to 1969 he was Jewish Chaplain to St. Elizabeth’s Hospital, National Institute of Mental Health, in Washington, D.C. From 1966 to 1989 he served as a pulpit rabbi in several communities in the United States.

David Novak is a founder, vice-president, and coordinator of the Jewish Law Panel of the Union for Traditional Judaism, and a founder and faculty member of the Institute of Traditional Judaism in Teaneck, New Jersey. He serves as secretary-treasurer of the Institute on Religion and Public Life in New York City and is on the editorial board of its journal First Things. He is a Fellow of the American Academy for Jewish Research and the Academy for Jewish Philosophy, and a member of the Board of Consulting Scholars of the James Madison Program in American Ideals and Institutions at Princeton University. In 1992-93 he was a Fellow at the Woodrow Wilson International Center for Scholars in Washington, D.C. In 1995 he was Distinguished Visiting Professor of Religion and Business Ethics at Drew University. In 1996 he delivered the Lancaster/Yarnton Lectures at Oxford University and at Lancaster University. In the fall of 2004 he was the Charles E. Test, M.D. Distinguished Visiting Scholar at Princeton University. In the spring of 2006 he was Visiting Professor of Religion at Princeton. He has lectured throughout North America, Europe, Israel, and South Africa.

David Novak is the author of thirteen books, the last two being The Jewish Social Contract: A Essay in Political Theology (Princeton University Press, 2005), and Talking with Christians: Musings of a Jewish Theologian (Eerdmans Publishing Co., 2005). His book, Covenantal Rights: A Study in Jewish Political Theory (Princeton University Press, 2000) won the award of the American Academy of Religion for “best book in constructive religious thought in 2000.” He has edited four books, and is the author of over 200 articles in scholarly and intellectual journals.

Since 1963 David Novak has been married to Melva Ziman. The Novaks have two grown children and four grandchildren.