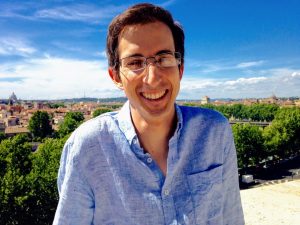 The Ethics and Political Philosophy Research Interest Group welcomes as a speaker Matthew Scarfone, a postdoctoral fellow in our department. Dr. Scarfone’s research is in metaethics, in particular moral epistemology. Before coming to Toronto, he was a Visiting Teaching Assistant Professor at the University of North Carolina at Chapel Hill. He completed his doctorate at McGill University in 2019.