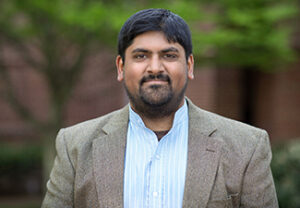 The Global Philosophy Research Interest Group is delighted to welcome Shankar Nair, an assistant professor in the Department of Religious Studies at the University of Virginia. Dr. Nair’s general field of interest is the religious and intellectual history of the Indian subcontinent, particularly as it relates to broader traditions of Sufism and Islamic philosophy, Qur’anic exegesis, and Hindu philosophy and theology (especially Advaita Vedanta and other forms of Hindu non-dualism). His research has centered on Muslim-Hindu interactions and the encounter between Arabic, Sanskrit, and Persian intellectual cultures in early modern (Mughal) South Asia.

On Justifying Difference: An Indo-Muslim Argument in Comparative Perspective

A curious argument offered up by the seventeenth-century Sufi philosopher, Muḥibb Allāh Ilāhābādī, asserts that a given object, by virtue of its being differentiated from other
objects, stands in need of explanation: how did its distinctiveness come about – what caused it to become non-identical with other objects in the first place? Muḥibb Allāh’s seeming presumption
is a default state of identity between objects, a presumption which modern observers might well lament as an unjustified and circular intrusion of his prior religious or “mystical” commitments.
This talk aims to discern the extent to which such a critique does or does not apply. In doing so, I will compare Muḥibb Allāh’s argument against related discussions in Sanskrit and analytic
philosophy, seeking to highlight the varying dialectical and metaphysical intuitions that are formalized within these three distinctive philosophical traditions.