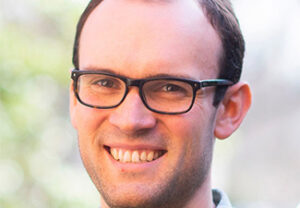 The Language, Epistemology, Metaphysics, and Mind Research Group welcomes Alex Worsnip, an associate professor of Philosophy at the University of North Carolina at Chapel Hill. Before joining UNC, he was a Faculty Fellow in Philosophy at NYU. Dr. Worsnip pursues broad philosophical interests, his current work clustering around the theory of rationality and epistemology (especially political epistemology).

This is an in-person event, but for those who cannot attend locally, a Zoom link is provided.

Against Ideal Theory in Epistemology: The Case of Suspiciously Convenient Beliefs

Public life abounds with example of people whose beliefs – especially political beliefs – seem suspiciously convenient: consider, for example, the billionaire who believes that all taxation is unjust, or the Supreme Court Justice whose interpretation of what the laws says reliably line up with her personal political convictions. After presenting what I take to be the best argument for the epistemological relevance of suspicious convenience, I’ll diagnose how attempts to resist this argument rest on a kind of epistemological ideal theory. I’ll then argue that the ways in which this ideal theory can be deployed in defense of suspiciously convenient beliefs brings out the pathologies of such ideal theory in epistemology.