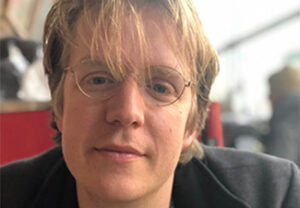 The Language, Epistemology, Metaphysics, and Mind Research Group welcomes Daniel Hoek, an assistant professor of Philosophy at Virginia Tech. Dr. Hoek researches the philosophy of language and mathematics, and has written about loose talk, questions, choices, probability and infinity. Before coming to Virginia Tech, Hoek was a Louis Skolnick postdoctoral fellow at Princeton. Hoek is a regular visitor of the Institut Jean Nicod in Paris.

Hoek is interested in conversational exculpature, a pragmatic process by which information is subtracted from what we literally say. This can account for a range of linguistic phenomena, including loose talk and some metaphors. His other major research project is on inquisitive decision theory, an account of belief-guided action that emphasizes the centrality of questions in decision-making.

The Atlas or the Web?

Ramsey wrote that our beliefs are “the map by which we steer,” implying that an agent’s actions are guided by the totality of their beliefs. Recently, there has been a surge of interest in a less holistic picture, according to which our beliefs are fragmented. On this view, our beliefs are less like a map and more like an atlas –– a collection of smaller, purpose-specific maps that are separate from one another (Egan 2008; Yalcin 2011, 2018, 2021; Elga and Rayo 2019, 2021; Onofri, Borgoni and Kindermann 2021).

In this talk, I argue that fragmentation theories of belief fatally undermine the explanatory and predictive power of belief attributions. The basic difficulty is that you never know which map or belief fragment is active in any given choice situation. For that reason, the content of an agent’s beliefs says next to nothing about how they will act. Moreover, I’ll argue that the incohesive choice patterns that are thought to motivate belief fragmentation are better explained using an alternative model. On to the model I propose, our beliefs are part of a network of interlinked views on different subject matters. They form a tightly knit web that cannot separated into compartmentalised fragments.