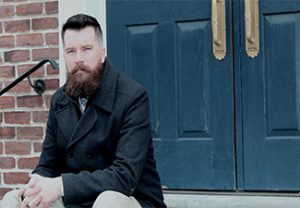 The Philosophy of Religion Research Interest Group is pleased to welcome as its next speaker Dr. Daniel Scott Walsh, who earned his PhD from the University of Toronto in 2020. He specializes in the areas of intentional action and free choice and is presently working on a monograph on the action theory of Joseph Boyle. Framed as a continuing conversation with his late mentor, the work takes up Boyle’s thought on intentional action, the doctrine of double effect, weakness of the will, Boyle’s self-referential arguments against determinism, and the role of incommensurability in free choice.

What is an intentional action? On the causal theory of action, an intentional action is a motion, a behavior, with a rational explanation. The causal role that is ordinarily assigned to the agent is taken up on the theory by events that constitute his having a reason for acting. But this can’t be right. What is explained by an agent’s reason is not his motion per se but his causing of his motion, his agency. The causal theory conflates the rational explanation with the thing that it is meant to explain.