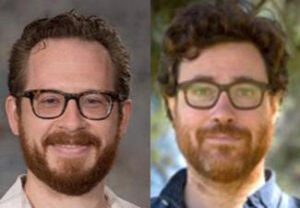 If you would like to attend, please contact Dave Suarez, who can also send you a copy of the manuscripts. Note that attendees need not read the manuscripts beforehand to attend the workshop.

The first day of the workshop will focus on Karl Schafer‘s writing. His book has the tentative title Kant’s Reason: The Unity of Reason and the Limits of Comprehension in Kant’s Philosophy.

Kant’s Reason presents a systematic account of Kant’s conception of reason, its unity, and the significance of that unity for his philosophy. In doing so, it focuses on two topics. First, it argues that Kant develops a powerful account of the unity of theoretical and practical reason as two manifestations of a unified capacity for theoretical and practical understanding (what Kant calls “comprehension”). As it argues, thinking of reason in this “understanding-” or “comprehension-first” manner allows us to do justice to the deep commonalities between theoretical and practical rationality, without reducing either to the other. So, for example, by thinking of reason in these terms, we can see why the activities of both theoretical and practical reason are governed by something like a version of the Principle of Sufficient Reason. But, at the same time, we can also see why we should be cautious about the use that rationalist metaphysicians have made of this principle in attempting to construct a determinate conception of the fundamental nature of reality.

At the same time, and this is the book’s second main theme, it argues that by thinking through Kant’s meta-normative commitments we can arrive at an account of fundamental norms that apply to us as rational beings which treats as explanatorily fundamental – not a substantive conception of objective reasons and values, nor a structural conception of the “requirements of rationality” – but instead a robust conception of reason as a power or capacity. I argue that the result is a form of what we might call “reason-first” or “rationalist constitutivism” – one which contrasts both with the forms of “reasons fundamentalism” that are currently fashionable and the forms of “agency-first constitutivism” that have dominated much of Kantian metaethics. In this sense, the ultimate aim of the book is to vindicate Kant’s insistence that his philosophy represents nothing more or less than reason’s implicit self-understanding coming to explicit and systematic self-consciousness – or, in other words, that Kant’s form of “constitutivism” is simply one aspect of the self-consciousness of reason in a philosophical form.

The workshop’s second day will be on Colin McLear’s book, tentatively titled Reason’s Order: Kant on the Conditions of Rational Agency.

The aim of Reason’s Order is to give an account of Kant’s conception of rational activity that clarifies and explains both the scope and nature of such activity, and elucidates the centrality of Kant’s account of rational agency for his mature critical philosophy.

Though much has been said concerning Kant’s view of morality, and the connection between morality and rational agency, there is no comprehensive or synoptic interpretive work that engages in a detailed examination of Kant’s metaphysics of mind and its relation to the overall structure of the critical philosophy. In Reason’s Order I provide a historically contextualized but nevertheless rigorous metaphysical framework for understanding Kant’s conception of the mind. I also provide a detailed explanation of Kant’s theory of freedom and its importance for his philosophy of mind. I thereby argue that Kant has a control-centered or “enkratic” account of rational activity and agency. Building on this structure I then show how his conception of attention forms the basis for his account of the various forms of activity of the rational mind (i.e. conception, judgment, inference, and comprehension). I then put this account to work with respect to longstanding disputes regarding Kant’s views on self-consciousness, reason, and alienation in the rational human being.