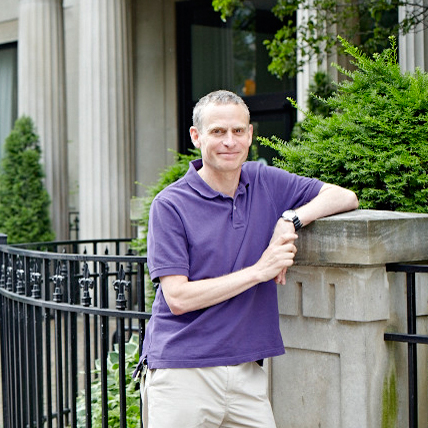 The Canada Council for the Arts has recognized Arthur Ripstein, University Professor of philosophy and law, with the distinguished 2021 Killam Prize for his outstanding contributions to scholarship in the humanities. Five prizes are awarded every year—one each in the fields of humanities, social sciences, natural sciences, health sciences, and engineering—constituting one of the highest honours bestowed on scholars in Canada.

A fellow of the Royal Society of Canada and the author of several influential books and articles, Ripstein joined the University of Toronto’s Department of Philosophy in 1987 and was jointly appointed to the Faculty of Law in 1999. His scholarly work has contributed to contemporary discussions about the connections between individual responsibility and social equality, the legitimate use of public power, and the morality and legality of war. In 2019, he delivered the Tanner Lectures at UC Berkeley, one of the most prestigious lecture series in philosophy. Oxford University Press will publish Ripstein’s lectures as Rules for Wrongdoers later this month.

With this latest accomplishment, Ripstein follows in the footsteps of two other members of the Department of Philosophy: Ian Hacking received his Killam Prize in the humanities in 2002, while Tom Hurka took the honour in 2017.  Martin Pickavé, the current chair of the Department of Philosophy, describes Ripstein as “an inspiration,” adding, “the Killam Prize could not have gone to anyone more deserving. Over the past 35 years, Arthur has crafted an impressive and hugely influential body of work,” all while proving an “outstanding presence in the classroom,” be it in philosophy or law.

The prize winner himself sees a close connection between his research and his teaching: “My thinking about legal philosophy is in part informed by what I need to do to explain the structure of torts to law students. I also teach philosophy courses on Kant’s daunting work of theoretical philosophy, the Critique of Pure Reason. By thinking through these ideas with my students, my teaching feeds back into my research.”

The department heartily congratulates Arthur Ripstein on his latest (and surely not last) achievement. For more on the topic, find an article published by the Faculty of Law or a brief piece in the Toronto Star.