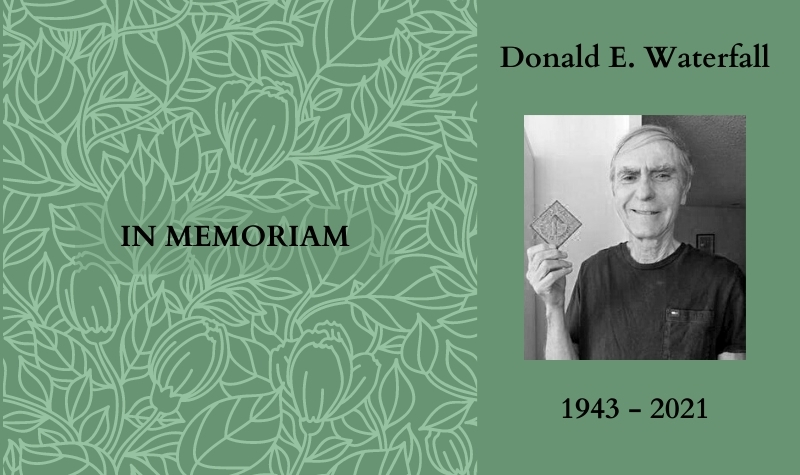 The department is saddened to announce the passing of a beloved sessional instructor, Donald (“Don”) E. Waterfall, at his Toronto home on Sunday, April 11, 2021. Waterfall, who had earned a bachelor’s degree in Philosophy from the University of Toronto and a PhD in the same field from Princeton, had returned to undergraduate teaching in the Department of Philosophy after a long and illustrious career in the Canadian Foreign Service. Colleagues and former students fondly remember his careful dedication to teaching. generous spirit, and an expansive sense of humour.

Professor Emeritus Wayne Sumner, who knew Waterfall since their undergraduate years, shared some time in the Princeton PhD program with him, and who would later become Waterfall’s office mate back in the Philosophy Department at U of T, understood that instruction for his friend was “a labour of love. Though we paid him, I think that he would probably have taught for us for free.” And he is not the only one who describes Waterfall—who was also a passionate outdoorsman, espresso aficionado, avid reader, and caring family man—as “one of the loveliest men I have ever met.”

His affability, courage, and strong spirit will be missed, and our thoughts are with his family and friends.

You may also read the obituaries for Don Waterfall published in the Globe and Mail and the Ottawa Citizen.