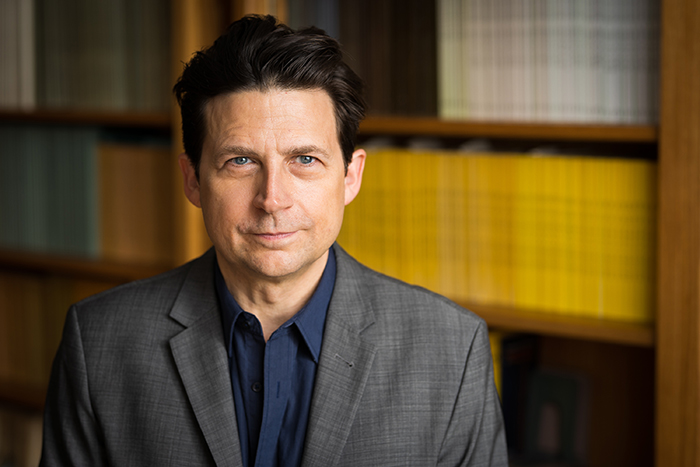 Congratulations to Joseph Heath, who has been awarded a Killam Research Fellowship from the Canada Council for the Arts.

“I am pleased and honored to have been awarded a Killam Research Fellowship,” says Heath. “The project that I will be working on is entirely new yet it also represents a return to my roots as a student of critical theory.”

The Canada Council grants the two-year fellowship, valued at $70,000 per year, to support established scholars in pursuing leading-edge projects that have broad significance and will garner widespread interest. Heath’s project, entitled “How to Criticize Society,” will address a foundational issue in modern scholarship—does the introduction of moral or political concerns into research taint the scholarly endeavour? In other words, what does it mean for researchers in the humanities and social sciences not to position themselves as neutral observers?

Drawing on his longstanding engagement with both philosophical research and a wide range of public debate, Heath seeks to create a handbook of best critical practices for social scientists, emphasizing a need for social critics to be transparent concerning their own evaluative standards. “This project,” he says, “is my opportunity to reflect on my experiences and attempt to sort out what works and what doesn’t, and what academics have to offer when they weigh in on political questions.”

A dedicated teacher, Heath nonetheless appreciates the opportunity provided by release time from his commitments in the classroom. The Killam Fellowship, he admits, offers something “both intangible and increasingly difficult to secure—the ability to concentrate on one thing for a sustained period of time.”

A fellow of the Royal Society of Canada, Heath received a Pierre Elliott Trudeau Foundation Fellowship in 2012 and the 2014 Shaughnessy Cohen Prize for Political Writing for his book of popular philosophy, Enlightenment 2.0. The department congratulates him on his latest achievement!