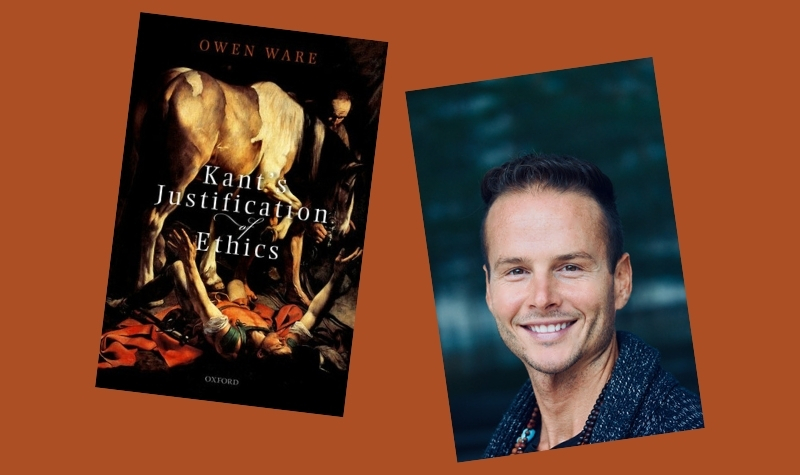 Congratulations to Professor Owen Ware on the publication of his latest book, Kant’s Justification of Ethics (Oxford University Press). Blending historical and analytical methods of interpretation, Ware’s new work offers a novel reading of Kant’s foundational arguments for freedom and morality, as well as of Kant’s theories of moral feeling, moral motivation, and moral self-knowledge. It makes for a timely addition to Kant scholarship, since many prominent ethicists continue to invoke Kant, directly or indirectly, in their efforts to derive the authority of moral requirements from a more basic conception of action, agency, or rationality. In this groundbreaking study, Ware defends the controversial view that Kant’s mature writings on ethics share a unified commitment to the moral law’s primacy, resulting in an understanding of the German philosopher that challenges much of what goes under the banner of Kantian arguments for moral normativity today.