Apologies were the subject of an interdisciplinary conference at U of T’s Centre for Ethics on October 20 and 21, and a number of U of T scholars spoke at the conference. Our very own Professor Mark Kingwell explored the style and rhetoric of contemporary celebrity apologies in his talk at the conference.

A trend in celebrity apologies, said Kingwell, is that there is often “no sense of pre-existing remorse.” Celebrity apologizers, rather, seem to be forced by public pressure and their public relations teams to execute the performance of an apology.

“When you’re forced to apologize, it’s not an apology,” said Kingwell. 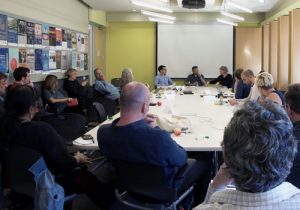 Read the full article on the conference in Arts & Science News.

Read the conference papers and proceedings in C4EJournal: Perspectives on Ethics.