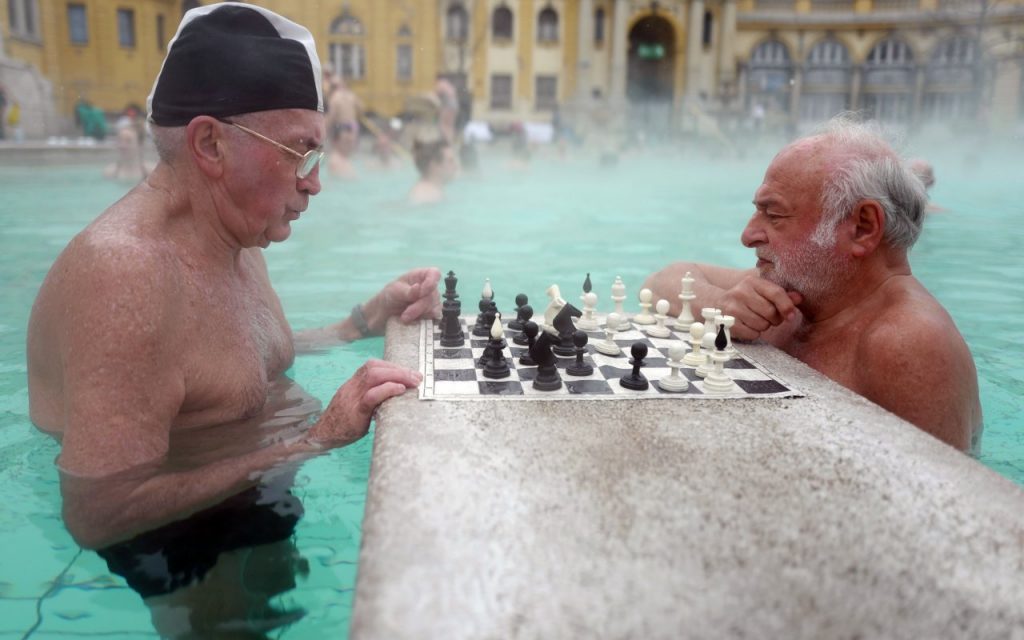 Men play chess in the Szechenyi baths in Budapest, 2019. Image courtesy of Getty Images and the New Statesman

What does it mean to play a game — and why does it matter? Entering into dialogue with both Ludwig Wittgenstein (1889–1951) and the more contemporary philosopher Bernard Suits (1925–2007), Thomas Hurka explores the possibilities in a few lusory paragraphs in “From Golf to Grand Theft Auto, Why Do We Love Playing Games?” The article forms part of the New Statesman’s Agora series, the magazine’s philosophy column moderated by Aaron James Wendland, an assistant professor of philosophy at the Higher School of Economics in Moscow.

While Professor Hurka, who also wrote the introduction to the third edition of Suits’s The Grasshopper: Games, Life, and Utopia (2014), helps us look beyond just the fun in games, other pieces in the Agora series explore such things as objectivity in the post-truth era, the obsession with Muslim women’s sartorial choices, and much more. Enjoy reading!