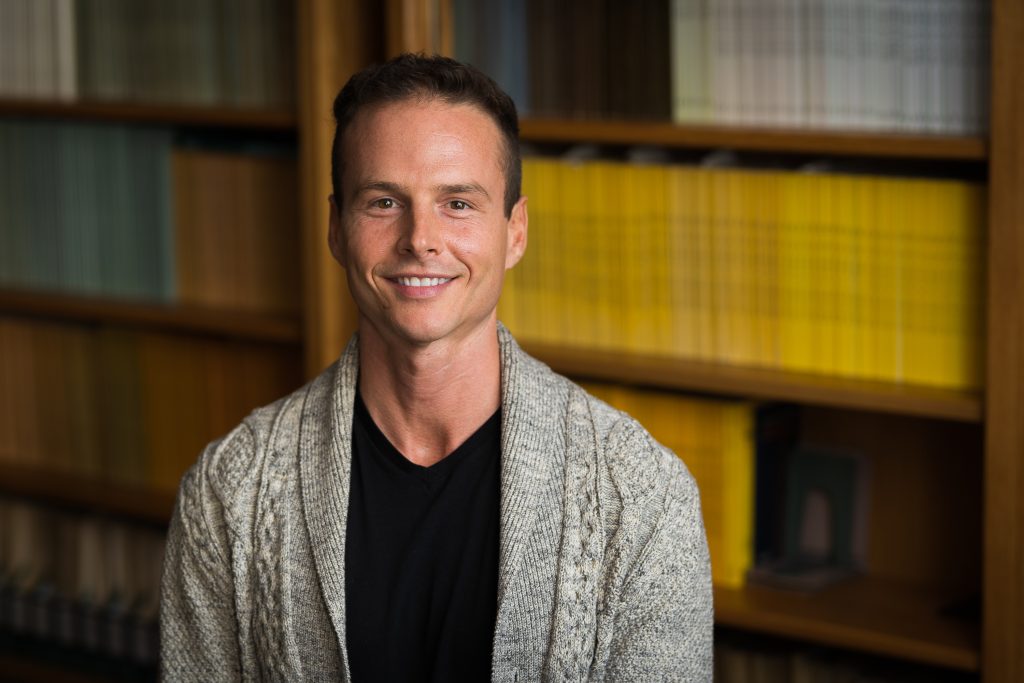 This article originally appeared on the UTM News website.

Owen Ware earned his PhD in philosophy at the University of Toronto, and seven years later, he’s delighted to be back as an assistant professor at UTM.

“It’s like coming full circle and being back home,” says Ware. “When I saw the job opportunity in my area, I had to give it a shot. I feel very fortunate.”

Ware loves being part of the largest philosophy department in North America, one with strength in his area of concentration – the history of philosophy. He focuses on 18th– and 19th-century German philosophers, with a current emphasis on the nature of freedom and the moral and political significance that derives from it.

“It’s a big topic and there’s a lot still to be done,” Ware says. “I’m looking at the more forgotten philosophers. There’s a lot known about Hegel and Kant. I’m interested in the contributions of minor figures and the rehabilitation of lost voices.”

Ware is also immersed in researching the development of ethical theory during that time period, and has a book in the publishing pipeline.

“I’m looking at moral issues and how philosophers thought about them,” he says. “There was a standoff between those advocating an objective basis to reality and those who were moral skeptics. The issues are timely and relevant today.”

Ware also enjoys his teaching duties. Given the breadth of the university’s philosophy offerings, he has the opportunity to teach courses on topics that relate directly to his research, such as Kant, existentialism and 19th-century German philosophers.

“The material is very complex, so I present it to students as a challenge to take up,” he says. “They can enter into a different world, that of late 18th-century Germany. It can be enormously satisfying and interesting to do close analyses and interpretations and to travel back in time. I love being the students’ personal guide into that world.”