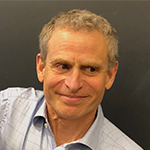 Professor Ripstein’s research and teaching interests include torts, legal theory, political philosophy and Kant. In addition to numerous articles in legal theory and political philosophy, he is the author of Kant and the Law of War (Oxford 2021), Rules for Wrongdoers (Oxford 2021),  Private Wrongs (Harvard 2016), Force and Freedom: Kant’s Legal and Political Philosophy (Harvard 2009) and Equality, Responsibility and the Law (Cambridge 1999). He is editor of Ronald Dworkin (Cambridge 2007) and co-editor of, co-editor of Waheed Hussein’s posthumous book, Living with the Invisible Hand, (Oxford University Press, forthcoming 2022), Law and Morality (Toronto 1996, second edition 2001, third edition 2007), and Practical Rationality and Preference (Cambridge 2001). He was awarded a Killam Fellowship in 1996, and the Killam Prize in 2021, by the Canada Council for the Arts. He served for 15 years as Associate Editor of Philosophy & Public Affairs, for which he is now Advisory Editor. He is a former Associate Editor of Ethics and the Canadian Journal of Philosophy, serves on the editorial board of Legal Theory, and is Advisory Editor of the Canadian Journal of Law and Jurisprudence. His popular work has appeared on Ideas on CBC Radio One.

Lecture at University of Girona “A Wrong Personal to You.”

Listen to Ripstein’s Tanner Lectures on Human Values  “Rules for Wrongdoers,” and “Combatants and Civilians” delivered at Berkeley in April 2019, together with comments from Christopher Kutz, Oona Hathaway, and Jeff McMahan. Read the Transcripts 1 and 2.

Read an interview with Ripstein in Noesis (Interview begins on p. 48)

Read an interview with Ripstein about graduate supervision.

Killam Prize for the Humanities, Canada Council for the Arts 2021 (Annual Award “awarded to active Canadian scholars who have distinguished themselves through sustained excellence, making a significant impact in their respective fields.”)

Faculty Award, University of Toronto Alumni Association (Annual Award given to one faculty member across the University for Excellence in Research and Teaching over an extended period, 2012.)

Kant and the Law of War (Oxford University Press, 2021)

Looking for a different Ripstein instead?