The Continental Philosophy Group works in the tradition of textual interpretation of human consciousness that runs from Kant and Hegel, through the phenomenology of Husserl, Merleau-Ponty,  and Heidegger, and into the critical theory of (among others) Arendt, Adorno, Benjamin, Debord, Agamben, and Derrida. We interrogate all aspects of political, social and cultural life using the tools of this tradition. Speakers come from those institutions that maintain interest in this approach to philosophy, and they address both contemporary and historical issues. We typically meet two or three times a year. 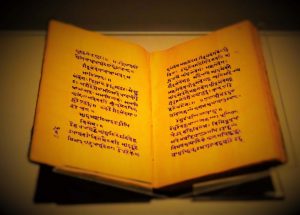 The Global Philosophy Research Group explores the benefits of drawing on diverse traditions of thought in approaching philosophical questions. These include novel insights into familiar problems, new questions and research directions, and fresh methodologies. We work to deprovincialize and decolonize all aspects of philosophy in the academy.

The group organizes weekly reading discussions, focused workshops, and talks. The group currently has strengths in Sanskrit philosophy, and Chinese philosophy, Indian philosophy in English, and classical Islamic philosophy. We welcome speakers in these and other areas.

The University of Toronto has a long tradition of excellence in the history of philosophy, both with respect to research and teaching.

One of the particular attractions of our department is that one can study here the entire history of philosophy, from antiquity to early analytic philosophy, with equally strong coverage in all the major periods.

The History of Philosophy Group serves as an umbrella for activities in this area. But there are three groups dedicated to specific periods that are of special importance:

The Collaborative Program in Ancient and Medieval Philosophy (CPAMP) brings together doctoral students and faculty from the Department of Philosophy, the Centre for Medieval Studies, and the Department of Classics. Throughout the year CPAMP organizes talks and workshops and hosts visiting graduate students and faculty working in ancient and/or medieval philosophy. Students enrolled in CPAMP may draw upon the resources of any of the participating units.

The History of Modern Philosophy Research Group focuses on the period, roughly, from Descartes to Kant. It meets regularly (usually biweekly) throughout the year to discuss works-in-progress by our own graduate students and faculty. Each year the group also organizes a number of talks by external visitors. The core faculty affiliated with the group include Donald Ainslie, Tarek Dika, Martin Pickavé, Michael Rosenthal, Marleen Rozemond, and Nick Stang.

Michael Rosenthal serves as this group’s coordinator. People interested in being added to the listserv of the History of Modern Philosophy Research Group should contact him.

The Jewish Philosophy Research Group explores Jewish philosophy from the medieval period to the 21st century.   It runs a reading group, brings in external speakers, and organizes thematic workshops.  Recent workshop topics have been on “Mendelssohn’s Jerusalem, and “The Im/Possibility of Forgiveness in Modern Jewish Philosophy.”  The theme for the fall semester of 2022 will be “Theocracy.”  The group includes faculty and students from across U of T, as well as faculty from other universities in Ontario.  Among the core U of T Philosophy faculty who participate are  Robert Gibbs, Willie Goetschel, and Michael Rosenthal.  If you would like to join the bi-weekly reading group, or want to be kept informed about upcoming events, please contact the coordinator, Michael Rosenthal, who would be glad to add you to our list and to send you more information.

philosophy of language. Toronto faculty are engaged in a great  variety of research projects in these areas, sometimes working across boundaries with faculty in disciplines such as linguistics and psychology.

The Logic and Philosophy of Science group organizes two or three talks a year. We understand the area broadly so that it includes logic, general philosophy of science, and philosophy of the particular sciences, as well as philosophy of mathematics and formal epistemology. Check the events listings for announcements of upcoming talks.

View all Logic and Philosophy of Science Group talks.