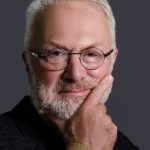 Reid Hoffman Professor of Artificial Intelligence and the Human

Smith holds BS, MS and PhD degrees from the Massachusetts Institute of Technology (MIT). From 1981–96 he was a Principal Scientist at the Xerox Palo Alto Research Center (PARC) and Adjunct Professor of Philosophy at Stanford University. He was a founder of the Center for the Study of Language and Information at Stanford University (CSLI), a founder and first President of Computer Professionals for Social Responsibility (CPSR), and President (1998–99) of the Society for Philosophy and Psychology (SPP). From 1996–2001 he was Professor of Cognitive Science, Computer Science, and Philosophy at Indiana University, and from 2001–03 was Kimberly J. Jenkins University Distinguished Professor of Philosophy and New Technologies at Duke University, with appointments in the departments of Philosophy and Computer Science. He moved to the University of Toronto in 2003, initially serving for 5 years as Dean of the Faculty of Information. He has a primary appointment in the Faculty of Information, with cross appointments in philosophy, in cognitive science, and in the history and philosophy of science and technology.

Smith’s research focuses on the philosophical foundations of computation, artificial intelligence, and mind, and on fundamental issues in metaphysics and epistemology. In the 1980s he developed the world’s first reflective programming language (3Lisp). He is the author of *On the Origin of Objects* (MIT Press, 1996), and of *On the Promise of Artificial Intelligence: Reckoning and Judgment* (MIT Press, 2019).