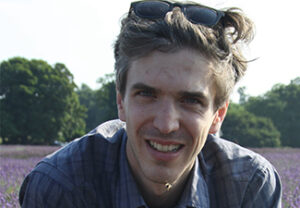 The Ethics and Political Philosophy Research Group is pleased to welcome as guest speaker Jonas Vandieken, a postdoctoral fellow in our department. Dr. Vandieken earned his PhD at University College London and works primarily in ethics, meta-ethics, and political philosophy. His research is funded by the German Research Foundation DFG.

Some think that a relational view of morality, according to which the entire set of obligations that we owe to each other is understood as a set of directed obligations, is faced with the particular challenge of adequately accommodating the everyone’s business condition: the common-sense intuition that any third party has the standing to demand what morality requires of one and to hold one accountable if one fails to live up to the requirement without adequate excuse. To answer this challenge, I give a relational account of third-party standing and accountability, as well as its associated normative phenomena. More specifically, my proposal is that on a relational view of morality, third parties act on behalf and stand as normative supporters to second parties in moral disputes. According to this proposal, everyone already owes a directed obligation of normative support to everyone else in the moral sphere, all else being equal. In the course of developing this proposal, I will show not only that a relational view of morality can accommodate the everyone’s business condition, but that it is in fact distinctly well-placed to explain some aspects of the moral phenomenology in this domain: aspects which non-relational accounts will struggle to explain.