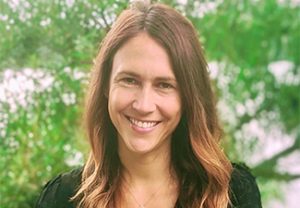 The Global Philosophy Research Interest Group is delighted to welcome Allison Aitken as a guest speaker. Dr. Aitken is a Bersoff Faculty Fellow in the Department of Philosophy at New York University. Beginning in the fall 2021, she will join the Department of Philosophy at Columbia University as an assistant professor.​ ​Her research centers on non-standard theories of relations and dependence structures in the history of metaphysics, both South Asian and Early Modern European. She is currently engaged with two projects: a defense of Madhyamaka Buddhism read as a kind of metaphysical indefinitism; and an interpretation of the Lockean person as a relation.

According to Madhyamaka Buddhist philosophers, everything depends for its existence on something else. But what would a world devoid of fundamentalia look like? In this talk, I argue that the anti-foundationalist “neither-one-nor-many argument” of the Indian Mādhyamika Śrīgupta (ca. seventh/eighth century) commits him to a position I call “metaphysical indefinitism.” I will show how this view follows from Śrīgupta’s rejection of mereological simples and ontologically independent being (svabhāva), when understood in light of his account of conventional reality (saṃvṛtisatya). Contra recent claims in the secondary literature, the Madhyamaka metaphysical dependence structure is not a straightforward infinitism since it does not honor strict asymmetry or transitivity. Instead, Madhyamaka metaphysical dependence relations are irreflexive and extendable, admitting of dependence chains of indefinite (though not actually infinite) length and dependence loops of non-zero length. Yet, this flexible ontology can accommodate a contextualist account of asymmetry and support a revisable theory of conventional truth, delivering significant payoffs for the view, including the capacity to accommodate developments in scientific explanation.