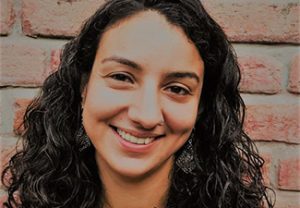 The  Global Philosophy Research Interest Group is delighted to welcome Elise Coquereau-Saouma as a guest speaker. Dr. Coquereau-Saouma is a fellow of the Post-Doc-Track Program at the Austrian Academy of Sciences as well as a research associate at Jawarhal Nehru University in New Delhi, India. She completed her doctoral degree at the University of Vienna in 2019 with a thesis in intercultural philosophy titled “Intercultural Dialogues and the Creativity of Knowledge: A Study on Daya Krishna.” Her areas of specialization are contemporary Indian philosophy, as well as modern and contemporary Continental (French-German) philosophy.

Times have changed, for sure, since the days it was possible to openly assume that there was no philosophy in India. Yet, although a certain idea of “Indian philosophy” has been acknowledged, it is often classified under the label “non-Western philosophy,” as one subcategory of philosophy next to others, which can be used to extend our philosophical theories. Neither does the category “Indian philosophy” pervade other categories, nor does it question this classification, and hence it does not seem to impact today’s conception of philosophy per se. It rather becomes a possible object of study, not a contemporary partner to philosophize with. In other terms, the intellectual frame in which we want to think globally is not necessarily transformed by (contemporary) Indian philosophical developments; we rather use Indian traditions to illustrate or confirm our own philosophical intuitions. The reduction of Indian philosophy to usable parts that can be absorbed into an analytical framework raise questions about the ways we can improve our reception of non-Western philosophies. To do so, I think that contemporary Indian philosophers—themselves largely neglected—can help us address some limits of “global philosophy” given their unique position at the crossroads of several traditions, which they assimilated with a postcolonial awareness. Engaging with some of their voices, notably Daya Krishna’s and J. N. Chubb, I consider their contemporary insights on the “dialectical process” and “dialogical experiments,” reinterpreted from the classical form of Indian philosophy.