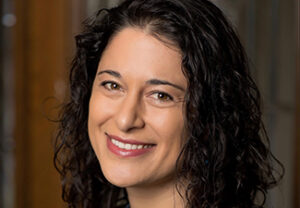 The Logic and Philosophy of Science Group is pleased to welcome guest speaker Angela Potochnik, a professor of Philosophy and the director of the Center for the Public Engagement with Science at the University of Cincinnati. Dr. Potochnik’s research addresses the nature of science and its successes, the relationships between science and the public, and methods in population biology. She is the author of Idealization and the Aims of Science (Chicago, 2017) and coauthor of Recipes for Science (Routledge, 2018), an introduction to scientific methods and reasoning.

Appeal to levels of organization is common in philosophy of science as well as in science. In this talk, I outline difficulties plaguing the idea that the natural and social world is organized into levels. I then suggest that scientists and philosophers should simply jettison appeals to levels in all but the most specific, narrow uses when appropriate, such as levels of buildings. It’s an interesting fact about our world that opportunities for principled use of the levels concept are strikingly infrequent. I conclude by considering alternative ways to structure biology textbooks besides the now-ubiquitous framing of levels of organization to illustrate the opportunities for theoretical improvements created by letting go of levels.

One of six departmental Research Interest Groups, the Logic and Philosophy of Science Group hosts talks on logic, general philosophy of science, and philosophy of the particular sciences, as well as talks in allied areas such as formal epistemology, decision theory, and the metaphysics of science.

Logic and Philosophy of Science Group
Visit the organizer’s website