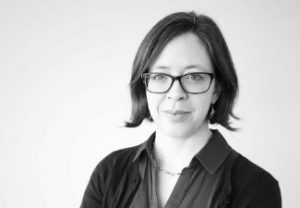 The Logic and Philosophy of Science Group is pleased to welcome guest speaker Holly Andersen, associate professor at Simon Fraser University. Professor Andersen’s research is in philosophy of science, and in metaphysics and epistemology broadly construed. Her work relates in various ways to causation: application of causal methodology to case studies in philosophy of science, causal explanation, problems related to mental causation, and the metaphysics of causation.

Patterns in data versus phenomena

Andersen (2017) offers an account of causal as informational relations between pattern instantiated in the rich causal nexus. In this talk, I will offer a new definition of patterns, drawing on Dennett’s original (1991) definition and incorporating more contemporary examples of pattern recognition from computer science. I will address a series of philosophical concerns that have arisen about the role that patterns play in identifying causal relationships and relata by drawing on the distinction between data and phenomena offered by Bogen and Woodward (1988). Existing philosophical discussions of patterns tend to implicitly or explicitly focus on patterns in data. In contrast, I want to emphasize the role of patterns in individuating phenomena. ‘Pattern’ is useful ambiguous between types and tokens, allowing for an illuminating connection between individual pattern tokens and the variables in approaches to causation such as interventionism. Constraints of coherence and completeness on pattern identification conditions provide the joints in theories or models that can be tightened through iteration.