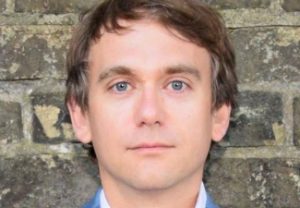 The Logic and Philosophy of Science Group, along with the Institute for the History and Philosophy of Science and Technology, is pleased to welcome guest speaker Jacob Stegenga, university lecturer in philosophy of science at Cambridge University. Stegenga’s research focuses on methodological problems of medical research, conceptual questions in evolutionary biology, and fundamental topics in reasoning and rationality.

A stereotype is a belief that a group of people tends to have a particular feature. Stereotypes have the form of generic statements, like ‘dogs bark.’ Recent work on generics lends new life to understanding generics with the help of probability theory. Stereotypes are generics, and generics are probabilities, so stereotypes are probabilities. More specifically, generics (and thus stereotypes) can take one of several forms involving conditional probabilities, and these conditional probabilities should be understood as propensities rather than mere frequencies. This theory of stereotypes entails two reasoning fallacies that can contribute to the spurious reinforcement of stereotypes: inferential slippage between the different generic forms, and inferential slippage from facts about frequencies to beliefs about propensities—the psychological study of reasoning about probabilities and categories suggests that we in fact often commit these fallacies. Moreover, this theory of stereotypes can referee a vitriolic debate between some social psychologists, who hold that stereotypes are always false and stereotyping is always wrong, and other social psychologists, who hold that stereotypes are often accurate and stereotyping is often reasonable.