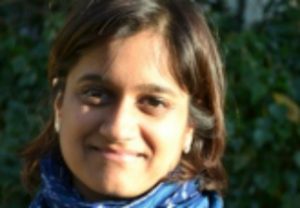 What is it that they disagree about? The simple answer—that they disagree about whether LEM is valid—is complicated by the hypothesis that logic is normative. As Frege put it, logic is a ‘normative science’, which ‘prescribes universally the way in which one ought to think if one is to think at all.’ (Frege 1964:xv) If logic is normative, then the disagreement between the intuitionist and the classical logician seems not to concern the descriptive question whether LEM is valid, but the normative question whether one ought to accept all instances of LEM.

If logic is normative, then meta-ethics—the study of the semantics, metaphysics, and epistemology of normativity—is of fundamental relevance to the philosophy of logic. One of the central questions in meta-ethics concerns whether there are any straightforwardly objective normative facts or properties ‘out there’ in the world. And skepticism about a straightforwardly objective normative reality is widespread. This skepticism generalizes: if logic is normative, and one is an anti-realist about normativity, one must be an anti-realist about logical validity also.

But anti-realism about logical validity raises a semantic puzzle. If there are no facts about logical validity, then setting aside error theory, neither the classical logician nor the intuitionist can be factually mistaken; their disagreement is factually faultless. This is often taken to mean that both (1) and (2) are true. But (1) and (2) are inconsistent. So, how can both be true? One prominent response to this puzzle is put forward by contextualists, who claim that the truth-values of normative judgments vary with a speaker’s context of utterance; a second prominent response is put forward by relativists, who hold that the truth values of normative statements must be relativized to contexts of assessment; and a third prominent response is put forward by expressivists, who claim that normative statements do not express beliefs or representational states, but non-cognitive, non-representational attitudes of some kind.

In this paper, I investigate these three prominent approaches to the semantics of normative statements and judgments in application to logical disagreement. I argue that none of these semantic theories is able to provide an adequate account of what we disagree about when we disagree about logic. I go on to consider the implications of this result for both the philosophy of logic and for meta-ethics.”