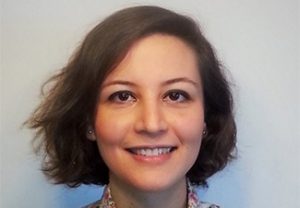 Atoosa Kasirzadeh is a PhD student at the Institute for the History and Philosophy of Science and Technology. Please join us for her practice job talk, which will begin at 6:00 PM sharp.

The applicability of mathematics to the physical world has been extensively discussed in relation to empirical sciences such as physics and neuroscience. As such, there are a wealth of philosophical positions about whether, and if so how, mathematics represents and explains empirical phenomena such as the formation of rainbows or the firing of the brain’s neurons. These discussions are most often grounded on the prevailing assumption that physical realm exists independently from the mathematical representation or explanation of it. This talk takes up the task of investigating whether this assumption and the corresponding philosophical positions as pertinent to the social realm have any counterparts when it comes to normative inquiry, in areas such as institutional and automated decision making. I argue that there is a kind of incompleteness about the social realm that normative inquiry adheres to, and the application of mathematics not only reveals this incompleteness but can, as it were, fill in the gaps. This paper makes this incompleteness clear and shows some of its remarkable consequences.