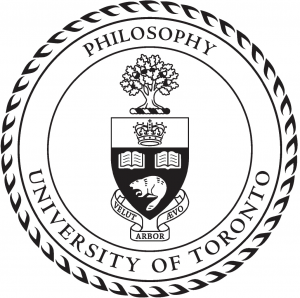 Daniel Walsh is a recent PhD graduate from the department. Please join us for his practice job talk, which will begin at 3:00 PM sharp.

The Causal Theory of Action

In the causal theory of action, sometimes called “the standard story,” an intentional action is a behavior or set of behaviors of an agent that is caused in an appropriate way by appropriate events within the psychology of the agent. These events are standardly identified as the believings, the desirings, and the intendings that constitute the agent’s having a reason to act. The theory gives prima facie purchase to central tenets of the pretheoretical conception by which it is implicitly measured: Intentional actions (i.e., the behaviors involved) are brought about by and at the will of their agents. The theory involves three reductions: (1) the efficacy of the agent reduces to that of its desiring, (2) the desiring of the agent reduces to a non-actional event; consequently, (3) the efficacy of the agent reduces that of a non-actional event. Objections to the theory have generally been directed at the first of these, the reduction from agent to event. The most famous of these has been the so-called problem of deviant causal chains. I want to focus rather on the third reduction. (The second is within the province of the debate regarding mental causation). The role of an agent in acting cannot, I claim, reduce to that of an event that is undergone by the agent, i.e., with respect to which the agent is wholly passive, no matter how that event is described, be it as a desiring, a willing, or as anything else.