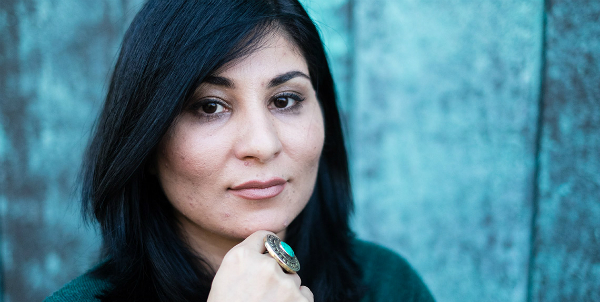 Robina Aryubwal, who left Afghanistan with her family after being threatened by a warlord, studies philosophy, political science and French at U of T Mississauga. Her family’s move from Afghanistan is detailed in a new book by CBC journalist Carol Off, All We Leave Behind, a finalist for the Governor General’s Award.

Robina’s family’s story is also detailed in an article on U of T News.

In Afghanistan, where the Taliban forbids girls and women from getting an education, Robina studied in secret and helped her parents teach other girls and women.

Before she and her family even came to Canada, Robina knew what she was passionate about: “I wanted to be a strong woman and do something big for other women,” she recalls.

After many obstacles in their attempts to apply for refugee status, and with help from Off, the Aryubwals arrived at Pearson International Airport in 2015. Since becoming a student at U of T, Robina has thrived.

“She combines a first-class mind with extraordinary intellectual curiosity,” says Dominic Alford-Duguid, a U of T graduate in philosophy (PhD, 2016), now at King’s College London.

After she completes her studies at U of T, Robina hopes to continue her studies in law school and maybe practise international or immigration law.

Read the full story of Robina and her family’s journey on U of T News.

Off’s book and the Aryubwal family are also profiled in the following media:

With files from Geoffrey Vendeville.