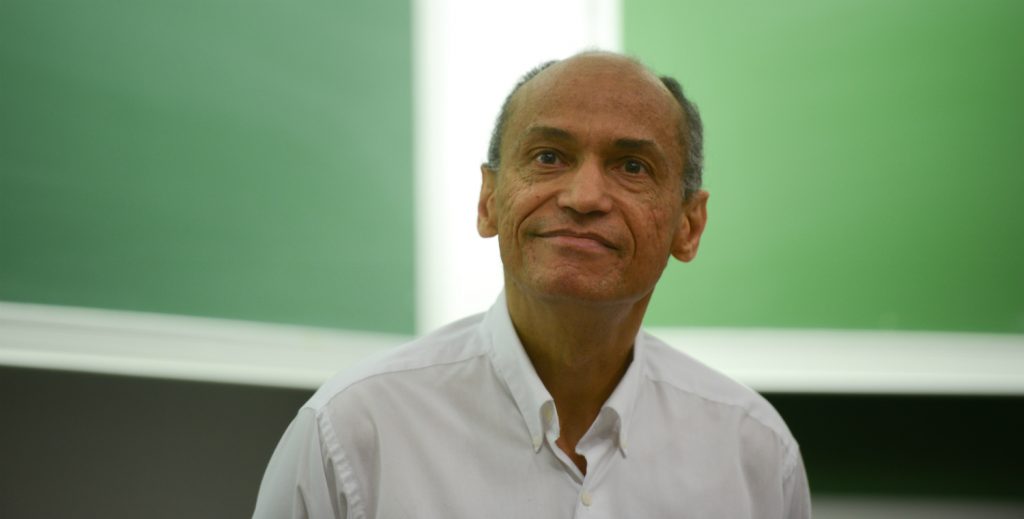 Charles Mills lectures at the University of Cape Town in 2014. Photo: Gareth Smit.

The Department of Philosophy is saddened to announce the passing of one of our most eminent alumni, Professor Charles Mills (MA 1975, PhD 1985). Professor Mills began his graduate work in philosophy at Toronto in 1973, after completing an undergraduate degree in physics at the University of the West Indies, and winning a Commonwealth Fellowship. Supervised by Frank Cunningham and Daniel Goldstick, he wrote a thesis on the concept of ideology, and then went on to a tremendously successful career in the United States. He became one of the world’s leading political philosophers; his work radically transformed the contemporary understanding of race, justice and the social order. The lasting impact of his most famous book, The Racial Contract, was recognized by the American Political Science Association, which awarded it their biennial Benjamin Lippincott award in 2021. Throughout his career in Chicago and New York, Mills remained famously warm and encouraging to the colleagues and younger scholars that he mentored; he was well-known for his gentle wit, as well as his intellectual power.

The author of six books and over 100 articles, Charles Mills was named to the American Academy of Arts and Sciences, delivered the American Philosophical Association’s 2016 John Dewey Lecture, and the 2020 Tanner Lecture on Human Values at the University of Michigan. He also found the time to remember his time at Toronto in this interview with Philosophy News in 2018, which touches on his early intellectual development, as well as his engagement with radical activism in Toronto’s Anglo-Caribbean community during his student years. The interview hints at some of the ways in which Mills ended up changing the field of philosophy for the better, while also displaying his characteristic good humour. We extend our heartfelt condolences to everyone touched by this great loss.