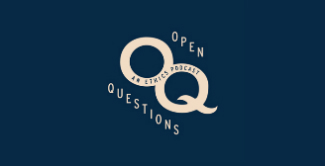 Check out Open Questions: An Ethics Podcast, hosted by philosophy PhD candidates Jeremy Davis and Eric Mathison, and produced through U of T’s Centre for Ethics. It’s available on SoundCloud, Stitcher, and iTunes.

The first episode of the podcast focused on the concept of achievement, while the second one addressed ethics in comedy and the concept of offensive jokes. A new episode will be released every Wednesday!