Every year, the U of T Arts and Science Students’ Union (ASSU) organizes the Undergraduate Research Conference, a full-day event which showcases the scholarly research of U of T’s best and brightest undergraduate students. The research projects presented come from a variety of multidisciplinary academic fields within the natural sciences, quantitative sciences, humanities, and social sciences.

This year, four undergraduate participants have ties to philosophy, and we asked them to reflect on the importance and interdisciplinary contributions of their philosophical studies. 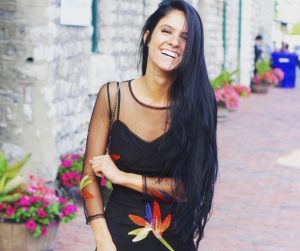 “I entered into my first philosophy class having very little knowledge about philosophy,” says Layla Pereira DaSilva, a third-year philosophy specialist at St. Michael’s College who completed her double major in history and political science at Western University in London, ON. But she was surprised to discover that she had already long been thinking like a philosopher. “What is the best moral system, what is the relationship between morality and the law, do men and women have different philosophical intuitions, what is the relationship between language and reality, and how do we justify human rights?” These are just some of the questions Layla had always wondered about. “After my first year – having gone from one to four philosophy classes – I was hooked,” she says.

Layla presented her paper, “Why Women Aren’t Winning the Language Game” as part of a Women & Sexuality panel at the conference. She credits her education in philosophy with significantly widening her perspectives: “I am constantly influenced by different theories, introduced in different classes,” she says. “I am constantly being challenged to consider the alternative.”

On that same panel, undergraduate student Alisha Krishna, a cinema studies specialist in their third year at Victoria College, presented their paper, “Film and the Importance of Revision: Knowledge Production and Static Representation.” 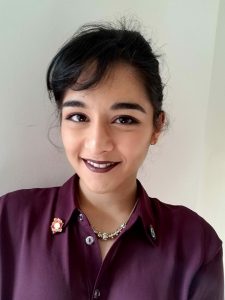 “I found the rigidity required in philosophy essays really helped to structure my thought and improve the clarity of my writing.”

Alisha says learning about the benefits of interdisciplinary studies, for both academic and personal issues, is one of the most important lessons they’ll take away from their undergraduate education: “The sheer breadth of knowledge required for understanding and applying theory effectively requires a radical change in perceiving the world. I’ve learned that a marriage between theories—learned from different areas of expertise—and practice is the best way to tackle not only academic challenges, but situations in my own life.”

Alisha’s interests are in political and social justice theories, with an emphasis on queer, racialized subjects. Political philosophy courses helped her “to not only learn how the status quo is conceptualized and maintained, but how to critique it in order to formulate an effective resistance to oppression. I also found the rigidity required in philosophy essays really helped to structure my thought and improve the clarity of my writing.”

In addition to Layla and Alisha, two other undergraduate students with ties to philosophy presented their work at the conference: Jean Claude-Ting (cognitive science, linguistics, and philosophy) presented the paper “Attention and Gesture in the Development of Linguistic Cognition”, while Zohar Freeman (mathematics, history, and philosophy) showcased a poster board in the conference’s central lobby titled “‘Mapping Foolscap’: Locating Queered, Male Spaces in Toronto 1940-1960”.

Congratulations to our outstanding undergraduate researchers on showcasing their work!