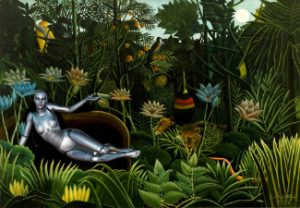 The Network for Sensory Research is an international philosophy-led group of institutions conducting interdisciplinary research on perception. Our aim is to build a theoretical model of the senses that matches the complexity of sensory phenomena, as revealed by recent scientific work.

View the conference’s abstracts at the bottom of this page.

Catherine Stinson (University of Western Ontario): “What Artificial Neurons Tell us about Cognition”

The neural plausibility of connectionist models is supposed to be their selling point, yet they are notorious for being neurally implausible. Despite several decades of debate about the merits of connectionism, this central puzzle remains unresolved. The solution offered here is to understand connectionist models as idealized, generic models of cognitive/neural mechanisms, through the lens of recent work on models and mechanisms. This move makes sense of statements by the Parallel Distributed Processing (PDP) Research Group that have been long misinterpreted. It clears up questions about levels, what a unit represents, why implausible processes like backpropagation are sometimes allowable, and why research strategies seem so variable. These quirks of connectionist methodology turn out to be explanatory virtues, not drawbacks.

Developmental and comparative research suggest that normative thinking may begin early in human development and be widespread among species. Recent philosophical theories describe social cognition as regulative and normative (Andrews 2012, 2015; McGeer 2007, 2015; Zawidzki 2008, 2013). Drawing on both literatures, here I argue that social cognition and moral cognition encompass the same cognitive capacities, and that it is a mistake to treat them as two different sets of processes. I argue that there are four early-developing cognitive capacities implicated in normative thinking (identification of agents; sensitivity to in-group/out-group differences, social learning of group traditions, and the conscious awareness of appropriateness), and that these capacities are part of typical human social cognitive practices; I call the set of these capacities naïve normativity, argue that they are necessary for moral cognition on standard philosophical ethical theories, and that they are seen in human infants and in great apes.