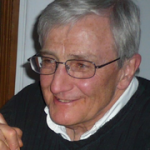 Designed and directed an Interdisciplinary Sequence (FST 200, 300, 400) entitled “Theory, Method and Practice” in 1969-72 (on the ethical, metaphysical and epistemological bases of the natural and social sciences, later called “Understanding the Sciences”.)

Co-founder of the multi-disciplinary Competency Clinic at the Baycrest Centre for Geriatric Care (Psychiatry, Law and Philosophy), and Principal Investigator, SSHRC Strategic Grant in Applied Ethics (1991-1995), “Ethical and Legal Aspects in the Assessment of Competency in the Elderly”.

Acting Director of the Centre for Bioethics (1995).

Devised, Co-Directed and taught in the MHSc in Bioethics (Institute of Medical Science) (1998-2001).

Member, Community Advisory Board (appointed by the Ministry of Health) and Chair of the Board’s Quality Assurance and Patient Care Committee, Centre for Addiction and Mental Health.

Areas of research include moral and political philosophy, philosophy of law, bioethics including a focus on the assessment of mental competency, consent and surrogate decisionmaking, and end-of-life and critical care ethics.

View CV
Back to Top