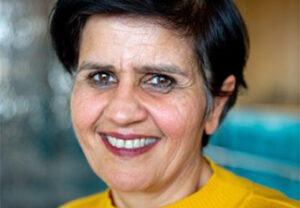 The Global Philosophy Research Interest Group is delighted to welcome as guest speaker Monima Chadha, an associate professor of Philosophy at Monash University. Dr. Chadha’s research focuses on the cross-cultural philosophy of mind, specifically the classical Indian and contemporary Western philosophy of mind, and she is at the forefront of research to integrate insights on mind, consciousness, and the self from across these philosophical traditions and the cognitive neurosciences.

Responsibility without a Self

Who is (morally) responsible? In the Abhidharmakośa-Bhāṣya, Vasubandhu defends a no-agent view. Actions, he argues, can be explained in terms of causal relations between mental and physical states. In classical Indian debates, the main objection against Vasubandhu’s view is that such an account leaves us without a bearer for moral responsibility. If there are no agents, it seems that no one could be held (morally) responsible for ‘their’ (morally evaluable) actions. Vasubandhu’s story, however, is not very different from the standard theory of action: “Her desiring … and her believing … caused and rationalized a bodily movement.” The standard theory too leaves agents out. Defenders of the standard theory reconstruct agents from among the mental states. Some mental state or a set of mental states or a construction based on mental states is suitable to play the functional role of the agent, or so they argue. I argue that none of these candidates are suitable as bearers of moral responsibility. What then should we do about moral responsibility?