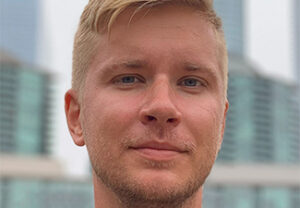 The History of Philosophy Group is pleased to welcome as its guest speaker Viacheslav Zahorodniuk, a current postdoctoral fellow in the Department of Philosophy at the University of Toronto. Dr. Zahorodniuk’s current project, under the supervision of Donald C. Ainslie,  is dedicated to Hume’s epistemology and methodological approaches to the studies of British empiricism.

Hume says surprisingly little about how our mental habits develop in early infancy and childhood in the Treatise of Human Nature. Given that other prominent early modern philosophers, such as Locke, Malebranche, and Reid, do address this issue, it is worthwhile to consider what reasons might stand behind Hume’s reticence. I will start with the brief examination of what Hume does write about infantile experience and childhood more generally in the Treatise. By the example of Locke’s thoughts on early development, I will illustrate the reason why Hume probably was not satisfied with existing theories. The next step will be the examination of the ways various contemporary interpreters – notably Elena Gordon, Peter Strawson, Janet Broughton, and Donald Ainslie – have questioned his cursory treatment. I conclude that the omission of the topic of early development is a challenge to Hume’s epistemology; issues such as the genesis of habits and the foundation of experience stay unsolved. In the end, I will propose my own vision of how potential Hume’s story of early development might look like.

One of six departmental Research Interest Groups, the History of Philosophy Group explores topics in ancient and/or medieval philosophy, the period from Descartes to Kant, and Jewish philosophy from the medieval period to the 20th century.