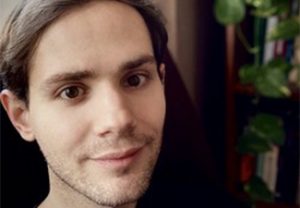 Robbie Matyasi is a PhD student in the Department of Philosophy. Please join us for his practice job talk, which will begin at 3:00 PM sharp.

I argue Spinoza is committed to modest realism about universal natures—i.e., shared essences located in the things as opposed to Platonic forms. On the one hand, he repeatedly claims that “universals” are nothing over and above ad hoc empirical generalizations in the mind. In light of this, it is natural to think that he rejects the reality of repeatable essences. On the other hand, substantive claims about species-essences pervade his metaphysics, epistemology, ethics, political philosophy, and his philosophy of the good life. This invites a genuine interpretive challenge: we must account for Spinoza’s reliance on species-essences or else we shall conclude that his theory of essence is incoherent. However, on my reading, Spinoza’s seemingly contradictory statements about shared essences in fact constitute a coherent account of the genuine qualitative similarity of entities belonging to a natural kind or species. In order to support my interpretation, I re-iterate an of-overlooked observation concerning the minimal set of commitments associated with “realism”. Namely, that accepting qualitatively indiscernible particular properties suffices to establish a kind of modest realism about universals. I argue that since Spinoza accepts qualitatively indiscernible particular properties, his account avoids thoroughgoing nominalism. And since he rejects Platonic forms, his account avoids falling prey to his own objections to Platonic forms.