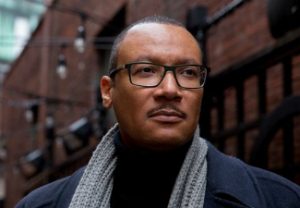 *NOTICE* The Roseman Lecture in Practical Ethics feat. Tommie Shelby was changed from a two-day event to a one-day event, which took place Thursday, March 1, 2018. There is no public lecture on Friday, March 2, 2018. We apologize for the error.

The Roseman Lectures in Practical Ethics is sponsored by Ellen Roseman and the Constance and David Roseman Fund at the Toronto Community Foundation.

This year’s Roseman Lectures will be delivered by Tommie Shelby, the Caldwell Titcomb Professor of African and African American Studies and of Philosophy at Harvard University. Shelby’s research interests include Africana philosophy, social and political philosophy, philosophy of race, and social theory.

He is the author of Dark Ghettos: Injustice, Dissent, and Reform (Belknap, 2016) and We Who Are Dark: The Philosophical Foundations of Black Solidarity (Belknap, 2005), and coeditor (with Derrick Darby) of Hip Hop and Philosophy: Rhyme 2 Reason (Open Court, 2005).