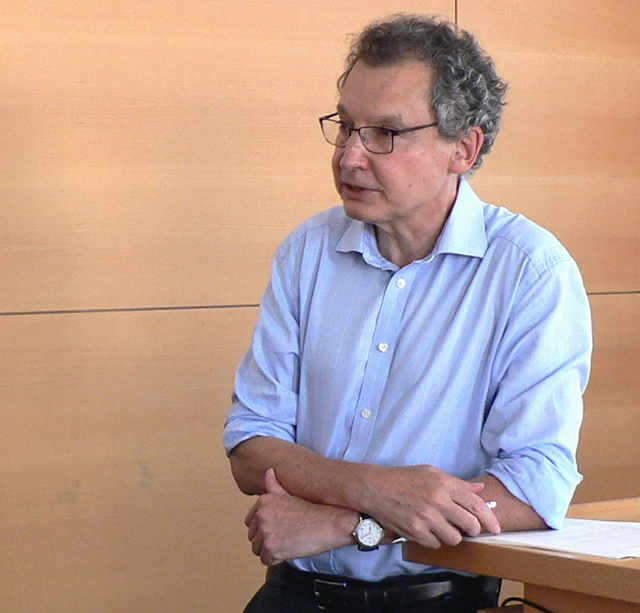 We are pleased to announce that David Dyzenhaus, a University Professor of law and of philosophy, has been awarded a prestigious Guggenheim Fellowship.

It is one of the world’s most distinguished honours for mid-career academics who have produced groundbreaking scholarly work and continue to show exceptional promise for future research.

Dyzenhaus joined U of T’s Faculty of Law and the Faculty of Arts & Science in 1990. He grew up in South Africa during apartheid, leading him to devote his academic career to the study of how law can simultaneously serve as a tool of oppression and one of emancipation. His research examines the practical implications of political and legal philosophy in scenarios such as conflict, occupation, states of emergency, and transitional justice. His current project seeks to provide an overarching account of the “politics of legal space” through three new case studies: the Chinese legal order; the legal order that unites but also keeps distinct Israel and the Occupied Territories; and the antebellum U.S. legal order, as exemplified in the situation of fugitive slaves.

Dyzenhaus has published four books, edited or co-edited 12 collections of essays (including, most recently, The Double-Facing Constitution), and authored more than 100 academic articles. He is the recipient of numerous awards and honours, including a Fellowship from the Royal Society of Canada.

“The Guggenheim Fellowship will provide me with the time to research properly my topic and to discipline my thoughts into written form,” says Dyzenhaus, “perhaps to the point where I will have a book ready for publication the following year.”