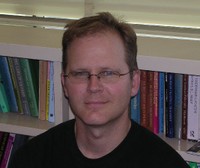 UTSC Professor Philip Kremer research interests lie in logic and philosophy of language. Learn more about him in this Q&A!

My interest in philosophy came from two directions. First, I had persistent questions that led me to take courses related to philosophy and religion. In particular, I took a course on Thomas Aquinas, whose Summa Theologica, written around 1270, displays the structure, precision, and clarity to which philosophy should aspire. Second, my older brother — himself now a philosophy professor — suggested that I read The Foundations of Arithmetic (1884) by Gottlob Frege. This is one of the great works in the philosophy of mathematics, and is seen by many as one of the founding documents of 20th century analytic philosophy. This book converted from mathematics, which I was studying as an undergraduate, to philosophy: it begins with the foundational question, “What is a number?”, a question that has always nagged me, but is rarely pursued by professional mathematicians. Though Aquinas and Frege come from completely different worlds and have very different interests, they share a desire for clarity and precision, and are able to give powerful arguments for the most surprising results.

Right now I’m pursuing two projects. One is on the Liar’s Paradox, and other paradoxes involving the notion of truth. The other is a project on the interface between logic and a branch of mathematics called topology.

Gottlob Frege, whose greatest works were in the late 19th century. Though he was little known during his life, he did have one great and important reader, Bertrand Russell. Through Russell, both the questions Frege asked and Frege’s style of philosophy set the tone for the 20th century and the early parts of the 21st.