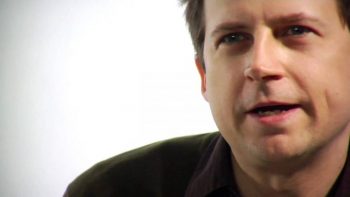 Our very own Professor Joseph Heath, whose specializations are in social and political philosophy, moral philosophy, and distributive justice, was interviewed on the CBC’s The 180 with host Jim Brown about free speech on campus, particularly at institutions across North America.

Prof. Heath discussed the concept of free speech, a topic that has been hotly debated recently as a spate of protests erupted at universities across the United States.

Are “today’s universities are stifling domains of political correctness, where controversial ideas are unwelcome”? In this interview, Prof. Heath examines the concept of “free speech” and questions whether it really applies to universities at all, contrasting it with the arguably more relevant topic of academic freedom, pointing out that “a university doesn’t feel obliged to give [someone] a platform, any more than a newspaper editor feels obliged to publish anything.”

Professor Heath also comments on Conservative Party leader Andrew Scheer’s stance on taking away federal funding from universities that don’t protect free speech on campus. (Scheer was a leadership candidate at the time he made the proposal).

You can read an article with selections of Heath’s interview or listen to the entirety of the audio interview on the CBC’s website.