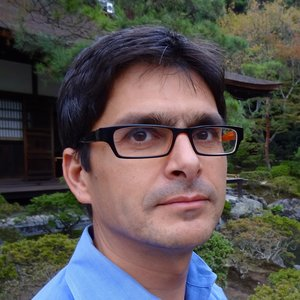 Jonardon Ganeri is the world’s most distinguished scholar of South Asian Philosophy, and an extremely influential advocate of the contemporary relevance of this set of philosophical traditions to current debates about consciousness, the self, the nature of knowledge, and the point of philosophy itself. He is the author of eight books including Semantic Powers, OUP 1999, The Lost Age of Reason, OUP 2011, and most recently, Attention, Not Self, (OUP 2017). In addition to his eight monographs, he has also edited five more books, including the 840-page Oxford Handbook of Indian Philosophy, published last year, and Routledge’s four-volume set of primary texts in translation.

Educated at Cambridge (in Mathematics, M.Math 1986) and Oxford (in Philosophy, M.Phil 1989; D.Phil 1994), Professor Ganeri spent his early career at Stirling and then Nottingham in the UK.  In 2014, he was appointed as a Global Network Professor at NYU Abu Dhabi, with a recurring visiting position at Kings College London. He has held visiting appointments at the EHESS in Paris, Australian National University, Jawaharlal Nehru University in Delhi, and the University of Pennsylvania. He was elected a Fellow of the British Academy in 2015.