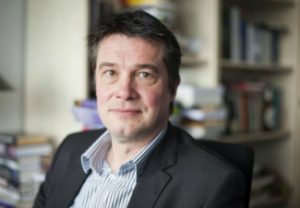 This workshop series brings leading legal and political philosophers from around the world to present their work in progress, providing a forum for both faculty and students to discuss central topics in legal theory. The workshop is committed to a generous and pluralistic view of theory.

This legal theory workshop welcomes Rainer Forst, Goethe University Frankfurt, Institute of Political Science and Institute of Philosophy, for his talk on “A Critical Theory of Transnational (In-) Justice: Realistic in the Right Way.”

Rainer Forst is Professor of Political Theory and Philosophy at Goethe University Frankfurt and Co-Director of the Research Cluster ‘Normative Orders,’ of the Centre for Advanced Studies ‘Justitia Amplificata’, Director of the Leibniz Research Group ‘Transnational Justice’ and Member of the Directorate of the Institute for Advanced Study in the Humanities in Bad Homburg.

In 2012, he received the Gottfried Wilhelm Leibniz Price of the German Research Foundation. He is a Member of the Berlin-Brandenburg Academy of Sciences and Humanities and Associate Editor of Ethics, Member of the Executive Editorial Committee of Political Theory and on the board of numerous international journals in his field. He is co-editor of the series Theorie und Gesellschaft as well as Normative Orders with Campus Publishers (Frankfurt).

The Legal Theory Workshops are not open to the general public. We welcome individuals affiliated with the Faculty of Law and closely related departments, including political science, philosophy, criminology, history and the Centre for Ethics. All other individuals interested in attending must seek prior approval from the organizers of the workshop. Please email Associate Professor Sophia Moreau with your request to attend.