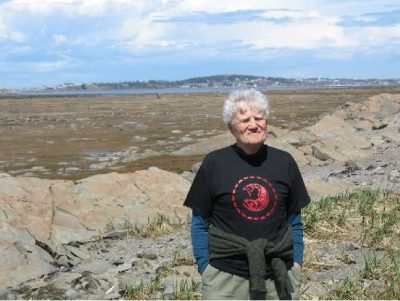 I had the privilege of being André’s colleague for twenty-seven years. I participated in the conference in his honour when he retired at the age of sixty-five. I presided over his re-retirement in my capacity as department chair, when, after fifteen years of post-retirement teaching, he became, as he wryly put it “Professor emeritus emeritus.”

We have a very diverse philosophy department along a number of dimensions – intellectual style, topic, even geography. André bridged everything that anyone ever thought of as a divide. He taught the entire history of philosophy, ranging from the ancient Greeks through to Nietzsche and Freud, but he also he taught contemporary philosophy.   He wrote and taught thinkers and topics ordinarily classified as analytic and others classified as continental; he worked in both theoretical and practical philosophy. He even taught at all three University of Toronto campuses. Andre loved to teach and was much loved as a teacher.   He would walk into his classes and say “hey hey” to get the students’ attention, and away he would go.  His fascination with the material, and his joy at presenting it was infectious.

He was also the most wonderful colleague you could imagine. It wasn’t just that he came to every talk was interested in every topic, sat in on colleagues’ classes, and so on. He did all of that, more than anyone else ever did. But he also – partly because his happiness was so infectious – made everyone feel connected to him and to each other. If you had asked everyone in the department name the two or three colleagues with whom they felt closest, everyone would have included André on their list. If you had asked the staff, all of them would have listed André first.

André was a philosopher in every positive sense of that term. Someone who didn’t know much about philosophy, or didn’t know André, might have taken his interests to be those of a philosopher in a pejorative sense, an eccentric professor with theories entirely removed from the concerns and realities of ordinary life. But André wasn’t that kind of philosopher at all.

What was most striking about André was that, at the same time, he was a philosopher in a very different sense of the term, a sense that was very much alive in the ancient world, where a philosopher was a person who lived a life in a certain kind of way, in light of a commitment to a distinctive way of understanding the world.

André managed to combine these two very different ways of being a philosopher in a single life, and the fact that he was a philosopher in the ancient Greek sense made him so much more interesting than most professional philosophers.

When he wrote about Descartes, was particularly interested in the role of deceit in Descartes’s first and third Meditations; where others saw the introduction and subsequent dismissal of the deceiving demon as a sort of rhetorical flourish to engage with a more radical version of traditional forms of scepticism, André understood deceit to be a more fundamental issue for Descartes. As a result of this refocus, he was able to find things in the text that others had overlooked.

André’s interest in issues of deceit and what Calvin [Normore] referred to as “counterprivacy” shaped the ways in which he looked at philosophical questions, and also the way in which he lived his life.   André’s interest in deceit wasn’t restricted to his Descartes scholarship; he was also impatient with the constant moralizing about honesty that is a central feature of our culture, and no better disposed to those philosophers, such as Kant, who were quick to condemn deceit in all of its forms.   His disdain for the moralizers was not the product of any desire to excuse any sort of conduct on his own part; indeed, André was among the most forthright people that you could ever meet.

The philosophy department used to mount a Continuing Studies course on the great philosophers on a series of Tuesday evenings; André always gave a lecture on Descartes, which was always a favourite of the students.   André loved teaching those classes; invariably someone would come to tell him that Descartes had articulated thoughts that they had always had in an inchoate way. The course had a significant impact on Andre also; I remember one Wednesday morning, more than twenty years ago, Jackie Brunning picked us up at the corner of Bloor and Spadina to drive out to Erindale, as it was then called.   André had given his Descartes lecture the night before, and was struck by how eager the students were to engage with the material.   He wondered whether this was because they weren’t being graded, and he became very interested in (and opposed to) grading as a practice. He began campaigning, quietly for its abolition; he wrote a Nietzschean “genealogy” of grading, discovering its origins in the Jesuits, and the ways in which it had been repurposed in subsequent centuries, a persistent practice constantly rediscovering its own rationale.  Like his interest in lying, André’s interest in grading was not driven by the desire to get himself off the hook.   André was no different from most professors; he loved his job, but grading was not his favourite part of it.  But he never campaigned – and I’m quite sure he never even thought – that the problem with grading was that it was a colossal waste of his time and effort. Instead, the problem with grading was that it drew the attention of students away from a full engagement with the ideas before them.

André’s interest in deceit and his interest in grading were, I think, instances of a much more general outlook, one that made him suspicious of ways in which human beings are forever trying to measure each other and hold each other to standards.  Here is another example: in 1995, the popular neurologist Oliver Sacks published hugely popular book called An Anthropologist on Mars: Seven Paradoxical Tales. André wrote a review of it for the Globe and Mail.   Andre conceded that the examples were interesting, though the voyeurism of Sacks’s presentation wasn’t to his taste. But the central focus of his review was a caution: he wondered what Sacks would have made of Leonardo da Vinci, what disorder he would have found in him, and what aspects of Leonardo he would thereby overlook. Imposing grids on people prevents us from fully appreciating other human beings and life in its fullness.  André’s engagement with Descartes was in part an effort to separate out the great philosopher who appreciated life from the resolutely reductive stick-figure “Cartesian.”  André was able to appreciate the good in people and the fortune in his own life because of this more general outlook.

This brings me to the particular manner in which he was happy.   He was definitely happier than most people, but there are other people who are happy. What was so remarkable about André can be brought out by a contrast: many people are happy because they’re shallow.  André’s happiness was not like that: he was that most unusual person, the one who is happy not because he’s shallow but because he is deep.

As I said in my message to the department when he died, he is a model to us all.  I miss him terribly.