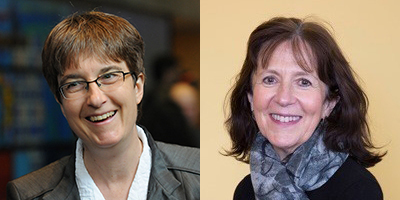 Every year, Universities Canada publishes a round-up of researchers at Canadian universities who have won major international research awards. This year, philosophy professors Margaret Morrison and Cheryl Misak are two of the researchers profiled, each for their receipt of a Guggenheim Fellowship in the past year.

These researchers “exemplify the creativity and dedication of Canada’s research talent… [and] demonstrate why Canada is increasingly a partner of choice in international research collaboration,” writes Nobel Prize winner and retired Queen’s University Professor Art McDonald in his introduction to the publication.

Prof. Morrison is “interested in a broad area of topics, including the role of models in scientific investigation, mathematical explanation in physics and biology and the role of computer simulations in producing knowledge,” notes the publication, while Prof. Misak’s research interests include “American pragmatism, the history of analytic philosophy, moral and political philosophy and the philosophy of medicine.”

You can view the full publication on the Universities Canada website.