In summer of 2017, eight of our faculty members were recipients of the Social Sciences and Humanities Council’s Insight Grants, a program whose goal is to support research excellence in all subject areas of the humanities and social sciences. Both emerging and established scholars are eligible to receive funding for research initiatives ranging from two to five years.

Our faculty’s funded research projects range in diversity, from subject matter to time period. Take a look at what we’re working on:

Thomas Hurka on what makes a good life

University Professor Thomas Hurka is a world-renowned scholar of moral and political philosophy, especially normative ethical theory. Much of his work is concerned with the question “What makes a good life?” Prof. Hurka’s Insight Grant-funded research project is on “Knowledge and achievement, duty and value”. Recently, Prof. Hurka recently spoke about the notion of “a good life” with CBC’s Paul Kennedy on Ideas. Take a listen to their conversation!

Marleen Rozemond on the material and the immaterial

Professor Marleen Rozemond is a specialist in early modern philosophy whose current research focuses on the boundary between the material and the immaterial. Her Insight Grant-funded project is “Matter and its limits in early modern philosophy: why thought and activity require immaterial beings”. Prof. Rozemond is also one of the faculty associated with the History of Modern Philosophy Research Group, a sub-set of the History of Philosophy Research Group, one of the department’s five Research Interest Groups.

Ronald de Sousa on the work of emotions

Much of Professor Emeritus Ronald de Sousa‘s work has been in the study of emotions; in 2015, he wrote Love: A Very Short Introduction (part of Oxford’s series of Very Short Introduction volumes), about which he answered some illumination questions in The National Post. His Insight Grant-funded project is “Emotions, language, and ideology in the light of the dual processing hypothesis”. Want an accessible introduction to Prof. de Sousa’s work? Check out his 2013 UTSC Tedx Talk, in which he explores the question: “is something good because it is ‘natural'”?

Jennifer Nagel on the knowledge-belief relation Associate Professor Jennifer Nagel‘s research interests are in on knowledge, belief, and mental state attribution. Her Insight Grant-funded project is titled “Knowledge first, then belief: the emergence and application of core epistemic concepts”. Prof. Nagel has worked with  Wireless Philosophy (WiPhi) on a series of animated videos introducing key concepts in epistemology. She’s also an alumnus of our department, having completed her BA here before pursuing graduate studies at the University of Pittsburgh.

Professor Jessica Wilson‘s research interests are in metaphysics, metametaphysics, and epistemology. Her Insight Grant-funded project is “How metaphysical dependence works: a case study in metaphysical methodology”. Last year, Prof. Wilson was elected president of the Society for the Metaphysics of Science, a terrific recognition of her outstanding work. Want to get to know Prof. Wilson and her path to philosophy? Read a UTSC interview with her!

Assistant Professor Julia Nefsky‘s research is broadly in ethics and social/political philosophy, but she has, in particular, focused on the relations between individuals and groups in society, such as in processes like decision-making and participatory politics. Her Insight Grant-funded project is “Individual morality and collective impact”. Want to learn more? Read Prof. Nefsky’s blog post on the Philosopher blog.

Professor Rebecca Comay works at the intersection of philosophy, art, and psychoanalysis, with a special focus on post-Hegelian political philosophy. Her Insight Grant-funded project, “Arrhythmias of spirit: Hegel and interminable analysis”, is “part of a larger project called ‘Deadlines’,” she writes on the Centre for Comparative Literature website, “in which I’m trying to think about the strange temporality of the deadline — political, theological, psychoanalytic, literary, legal, biological, environmental and other sorts.” Curious? Check out Prof. Comay’s lecture at the 2015 European Graduate School on “Hypochondria and its Discontents”:

David Barnett on the self and perspective 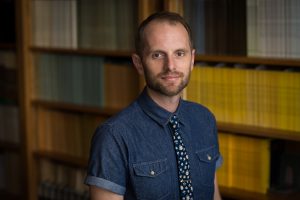 Assistant Professor David Barnett just joined our department last year, having previously taught at Union College after receiving his PhD from NYU. Prof. Barnett’s Insight Grant-funded project, “Intellectual autonomy and the first-person perspective”, works within his research focus, which is at the intersection of philosophy of mind and epistemology. For a broader overview of Prof. Barnett’s research project, take a look at his Research Statement.

We look forward to seeing the progress our esteemed faculty members make with support from the  Social Sciences and Humanities Council’s Insight Grants!