PHL 302F    The Philosophy of Aristotle
Instructor: J. Pineros     T 11-12/R 11-1
This course explores major themes in Aristotle’s philosophy belonging to the fields of natural philosophy, metaphysics, ethics and epistemology. Readings may include, though are not necessarily confined to the Ethics, Physics, Metaphysics, Categories, On the soul and Analytics. [36L]
Prerequisites: 1.5 credits in PHL
Recommended Prep: PHL200H5 or PHL200Y5 or PHL202H5 or PHL210Y5

PHL 307S    Topics in Mediaeval Philosophy
Instructor: M. Rozemond     T 1-3/R 1-2
In this course we will read thinkers from the medieval Islamic and Christian traditions, like Avicenna (Ibn Sina), Al-Ghazali, Averroes (Ibn Rush) , Augustine, Anselm and Thomas Aquinas, whose thought has been influential well beyond the period. We will examine topics central to medieval philosophy such as: the nature of the human soul, free will, the existence of God and his role in the world, the nature of causation.
Exclusion: PHL309H1
Prerequisites: 1.5 credits in PHL
Recommended Prep: PHL200H5 or PHL200Y5 or PHL202H5 or PHL210Y5 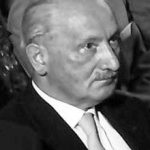 PHL 325F    Early Analytic Philosophy
Instructor: B. Yi     M 9-10/W 9-11
An examination of some of the classic texts of early analytic philosophy, concentrating on the work of Frege, Russell and Wittgenstein. Central topics to be covered include: the development of logic and its relation to arithmetic; the nature of language and meaning; truth and objectivity; the distinction between sense and reference; logical analysis; the relation between language and thought; and the bounds of intelligibility. [36L]
Prerequisite: PHLC43H3
Prerequisite: PHL 245H5; 1.5 additional credits in PHL
Recommended Prep: PHL210Y5

PHL 346S  Choice and Chance
Instructor: J. Weisberg     T 1-3/ R 1-2
In this course we’ll learn about probability, decision making, game theory, and social choice theory. Along the way we’ll encounter many of the puzzles and paradoxes that make these topics so much fun: the Sleeping Beauty problem, the prisoner’s dilemma, the Condorcet voting paradox, arrow’s theorem, and lots more!

PHL 365S  Issues in Political Philosophy – Free Speech
Instructor: A. Sepielli     M 1-2/W 1-3
Is free speech valuable or worth protecting? Why, exactly? What kinds of freedom are important — only freedom from state interference, or freedom from private interference or censure as well? Is money tantamount to speech, as many opponents (and a few proponents) of campaign finance reform tell us? Is it especially troubling when large tech companies police speech on their platforms? Is it troubling when they don’t? Do universities have especially strong reasons to foster a culture of free speech on their campuses? Or indeed, do they have especially strong reasons to reign in certain forms of expression? As a methodological matter: Does the optimal level of unfettered expression depend on psychological, sociological, economic, and technological facts — e.g. about how we process information individually and collectively, about how the freedom and power to speak are bound up with the distribution of political and economic power? In this course, we will try to make some progress on these questions, with help from writers like John Locke, John Stuart Mill, Rae Langton, Brian Leiter, Friedrich Hayek, Herbert Marcuse, Helene Landemore, Antonin Scalia, Margaret Jane Radin, and Jeremy Waldron. [36L]
Exclusion: PHL365H1, PHL366H1
Prerequisites: 1.5 credits in PHL
Recommended Prep: PHL265H5 or PHL277Y5

PHL 367F   Issues in Philosophy and Feminism
Instructor: A. Mullin     M 11-12/W 11-1
This course focuses on selected philosophical topics in feminism, such as how various forms of oppression intersect with sexism, how injustice can be manifested in who we believe and the collective resources we have to understand our experiences, how relationships between sex, gender and social construction have led to conflicts within feminism about trans and gender queer identities, and how trust can play roles in both perpetuating and combatting forms of oppression. [36L]
Exclusion: PHL367H1
Prerequisite: 1.5 credits in PHL
Recommended Prep: PHL267H5 or PHL274H5 or PHL277Y5

PHL390H5S    Special Topics in Philosophy – Indian Philosophy
Instructor: O. Ware     T 11-1/W 12-1
The philosophical traditions of India are as rich and diverse as anything we find in the western world. The aim of this course is to provide students with an introduction to these traditions, with a focus on the ideas of Vedanta, Samkhya, and the texts of the Upanishads, the Bhagavad-Gita, and the Yoga Sutras. We shall consider metaphysical questions (What is the nature of reality? What is the self? What is consciousness) alongside questions of value (How shall I act? What is happiness? What is the supreme goal of life). By way of conclusion, we shall briefly consider the influence of Indian philosophy on important European writers such as Arthur Schopenhauer and Hermann Hesse.. [36S]
Exclusion: PHL395H5
Prerequisite: 1.5 credits in PHL