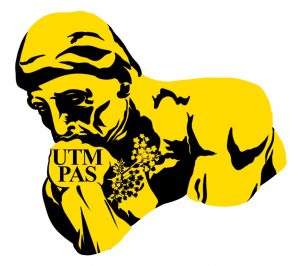 The UTM Philosophy Academic Society (PAS) is a group of philosophy undergraduates with a mandate to represent philosophy students at UTM, and organize a variety of entertaining and instructive events throughout the year, including special lectures, membership meetings, movie nights, and more.

President’s Message:
In this day and age, it has become clearer than ever the role of philosophy in our lives. From the morals we were brought up with and taught, to the realities of dealing with a pandemic and the weight and costs of decisions, it is obvious that without the principles of philosophy, man would be caught in a state of stasis; unable to act, choose, decide or think.
⠀⠀⠀⠀
It is for this reason that the Philosophy Academic Society exists. We serve to represent the philosophy student body at UTM, in hopes of allowing our members to explore, investigate, criticize, and champion the areas of inquiry that philosophy inspires. If you care about the direction of your life, the lives of those around you, the decisions our leaders must make, the “other side of the coin” or any other widely-contested idea, then the Philosophy Academic Society has something for you. If you want to be an active member of our changing world and to have what you say matter, follow the Philosophy Academic Society out of the cave and into the light of the sun. We’d love to see you! 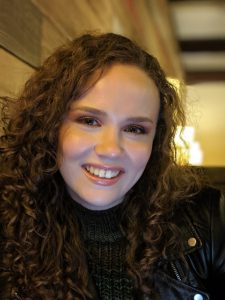 My name is Isabella Robinson, and I am honoured to serve as the President of the Philosophy Academic Society this year. I am in my final year of studies in philosophy and political science with a minor in law, ethics, and society. I am most well-versed in political philosophy and am particularly interested in how civil disobedience leads to philosophical and political change. I am also critical about the rise of ideological steadfastness and the problems that arise from philosophical tunnel vision.
⠀⠀⠀⠀
I hope that in the turbulent culture we live in, the Philosophy Academic Society can be a beacon of diverse engagement, critical thought, and community. In my role as President, I will pursue avenues of engagement for all students of philosophy, and create for members the opportunity to explore new avenues of inquiry and dialogue, and to create long-lasting relationships with philosophy and those who share the same admiration for the love of knowledge.
⠀⠀⠀⠀
“The words of the wise heard in quiet are better than the shouting of a ruler among fools.”
– Ecclesiastes 9:17
⠀⠀⠀⠀ 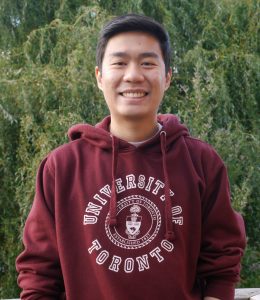 I am a third-year philosophy specialist student and am honoured to serve as Vice-President of the Philosophy Academic Society this year. Now more than ever, the vitalness of community, specifically for us students, has been made profoundly apparent to me. I plan to do all that I can to help foster a flourishing philosophy community here at UTM that is welcoming, engaging, and inspiring.
⠀⠀⠀⠀⠀⠀⠀⠀⠀⠀⠀⠀
My main areas of study are German idealism, aesthetics, and moral philosophy. Currently, I am specifically interested in Kantian ethics and aesthetics, and how his views may be applied to our increasingly more virtual and technology-immersed lives.
⠀⠀⠀⠀⠀⠀⠀⠀⠀⠀⠀⠀
“Morality is properly the doctrine not of how we are to make ourselves happy but of how we are to become worthy of happiness.” – Immanuel Kant 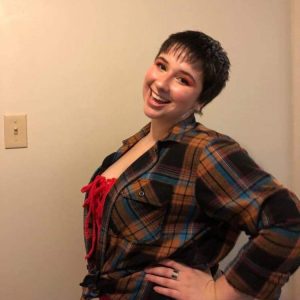 Vice-President: Jordan Johnson
⠀⠀⠀⠀
Hello, I’m Jordan Johnson. I’m the current Vice-President of the Philosophy Academic Society. I am a third-year student on my way to completing a double major in Philosophy and Psychology. I love Existentialism and the topic of personal identity.
⠀⠀⠀⠀⠀⠀⠀⠀
“If truth be told, one is not born, but becomes, a genius; and the feminine condition has, until now, rendered this becoming impossible.” -Simone de Beauvoir
Back to Top