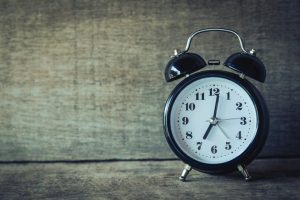 Jump to the following sections on this page to learn more about requesting extensions in your graduate programs or coursework deadlines:

The School of Graduate Studies’ Graduate Education Council has approved changes to the rules that govern lapsed status.

Students who commenced a PhD program prior to September 2010 will be eligible to “opt into” the new extension arrangements.

Please note that all students who sign on to the new arrangements cannot go back to the old rules; for instance, they will not be permitted to lapse and seek reinstatement in the future.

Registration beyond the deadline requires the approval of both the department and the School of Graduate Studies (SGS). A student who is unable to meet this submission deadline must apply in writing for an extension to the Graduate Assistant before August 31.

The Graduate Assistant should indicate in brief detail how much of the thesis has been completed in first draft form, what (if any) remains to be done to complete the first draft, and how much redrafting is anticipated. The department will contact the supervisor for a separate assessment of the work already done, and for an opinion about whether an acceptable thesis can be completed and submitted by August 31 of the following year. This evidence will be reviewed by the Graduate Coordinator in early September and their recommendation will be forwarded to SGS.

Extensions can be granted for either all or part of a year; but it is recommended that first extensions be for a full year.

SGS permits a candidate to have no more than 2 year-length extensions. The procedure to be followed for obtaining a second extension is the same as for the first, but a convincing case is difficult to present because of previous assurance that an acceptable thesis would already have been submitted. Students must assure SGS that considerable progress has been made during the first extension; and the supervisor must support this claim.

Students who fail to receive an extension and who thus are refused further registration are designated as “lapsed candidates” by SGS. This designation may have a negative connotation, but in fact SGS has adopted a fair policy to those who have been so classified. It is by no means a termination of candidacy. The student is entitled to submit a completed or nearly completed thesis to the department at a later time, requesting that it be accepted in partial fulfillment of the requirements for the degree.

The thesis must be submitted in final form within four months from reinstatement.

SGS reasons that by the end of six years in the four-year program (or seven years in the five-year program), a student will have received sufficient supervision to continue without further formal direction, and that it is now up to the student alone to produce a thesis. There is in this policy, of course, an obvious element of self-interest, for SGS is able to reduce somewhat its enormous burden of paperwork. But the policy is not inconsiderate, and it carries no financial penalty to the lapsed candidate. At present SGS sets no upper time limit for the submission of a thesis by a lapsed candidate.

When a candidacy lapses, the department’s obligation to provide further supervision ceases. However, the department will do nothing either to encourage or to discourage informal consultation between former supervisor and former candidate.